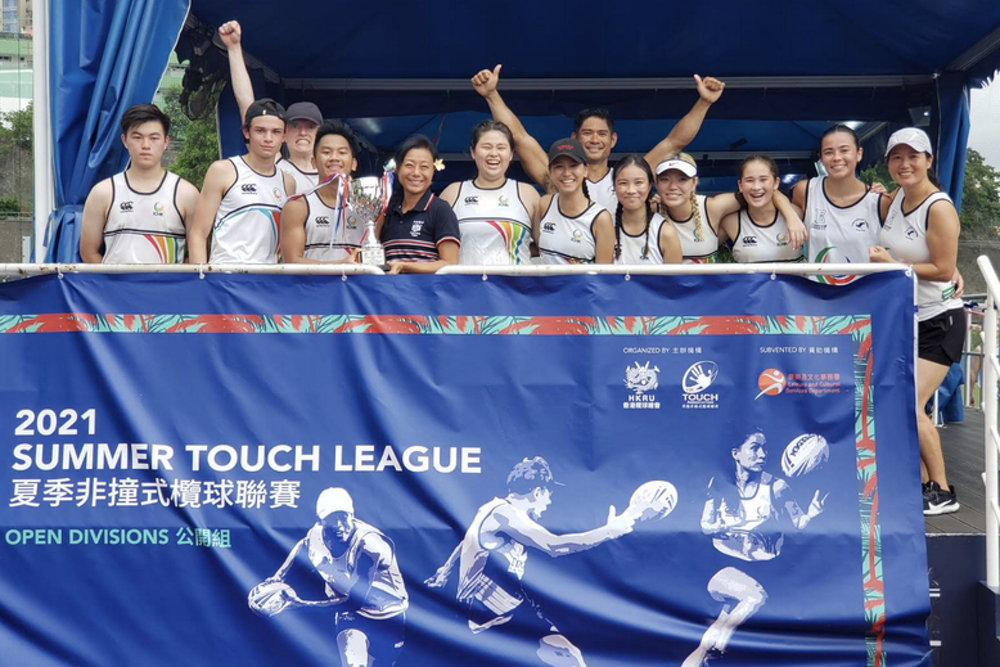 Congratulations to our senior touch rugby team, the Egrets, on winning the division 2 championship.

After a rocky start to the summer league, the team, which is made up of students and staff members, made huge improvements.

Facing some tough opposition, their game play improved and the players engaged themselves with increasing confidence and conviction.

Ashley Wan, Brandon Fu and Leah Tsao all scored their first tries this season and Ettore Perri was named top scorer. Ettore also scored the winning try during the semi final match against Blue Dragon to secure the team a place in the finals. Eventually, the team deservedly won the trophy with a 4-1 victory over Team Zion.

Congratulations to all the players on this fantastic achievement, which builds on our strong reputation for success in the sport.