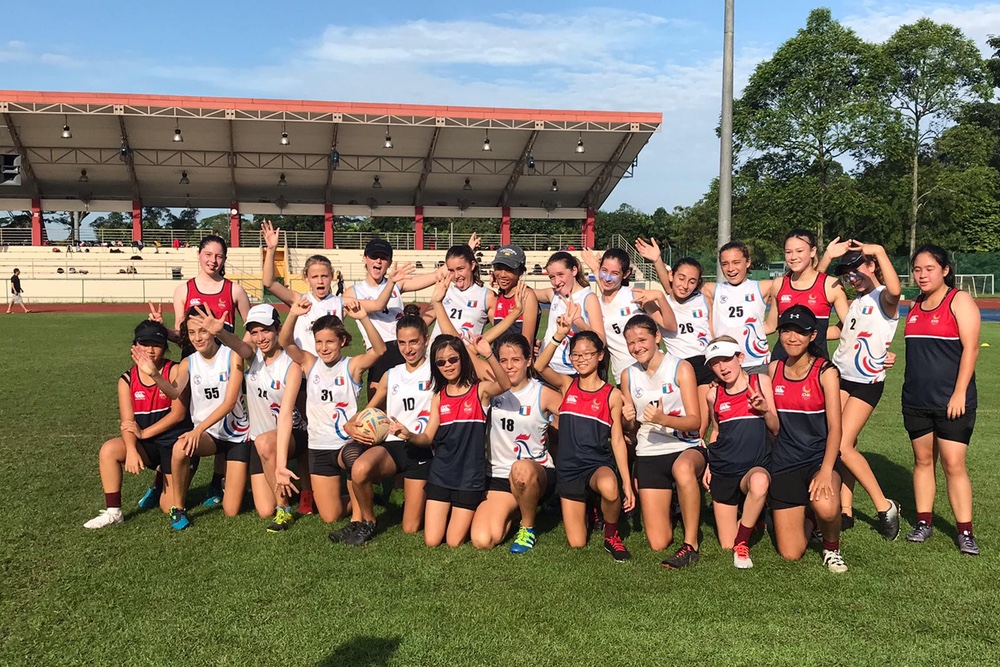 The ICHK U14s girls touch squad played some amazing rugby at the Pan Pacific All Schools Touch Tournament in Singapore.

Our Year 12 coaches have been training with the 21-strong team for the past few months, bringing novices and experienced players together to form a truly united team.

The B-team, playing in their first tournament together, faced some tough opposition, but strung together some excellent phases of play, passes and engaged themselves with increasing confidence and conviction in each game.

The A-team came away with 3 wins to 1 loss on day one, pushing them into the quarter finals for the second day.

Most importantly, every player supported their teammates and when the final whistle blew for each game, the girls knew that they had given everything they had. With some of our older players moving into the U16 next year, it was great to see so many of the newer players ready to step up and fill some big boots.

Tournament awards were handed out to exhausted, but proud players at the airport on the way home.