The workplace is changing fast – this is how and why 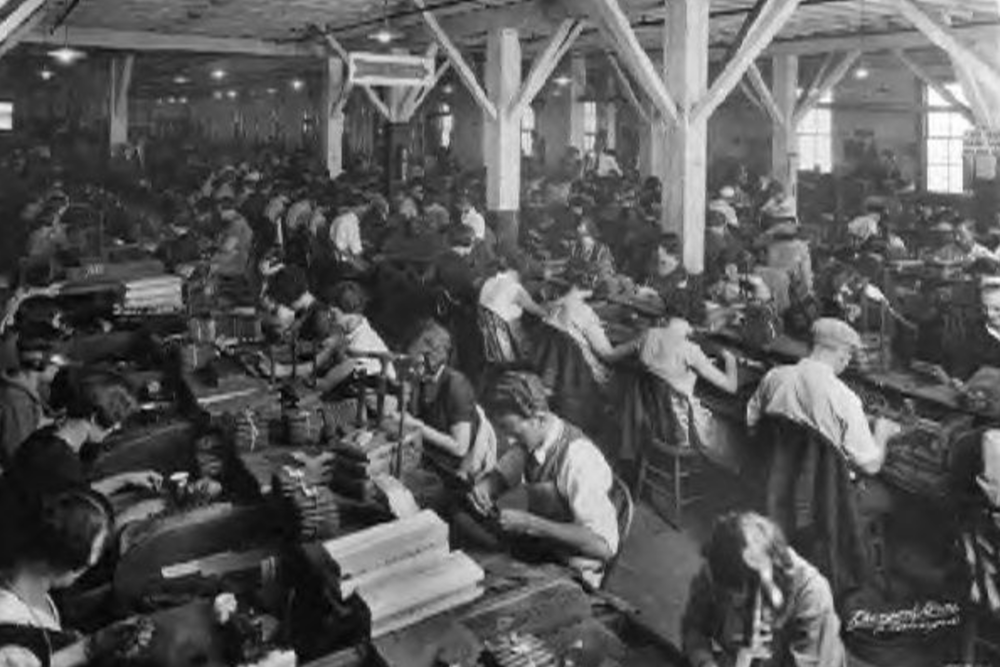 One of the key reasons why The Future Learning Project exists is because of the gap between how rapidly the world is changing when compared with often outdated learning experiences in many schools and education systems. The danger is that unless schools and governments adapt quickly to our changing world, schools and universities will slide towards irrelevance, becoming misaligned with employers and opportunities. We’re already seeing a ‘skills over school‘ approach from leading companies, and although we’re in the early stages of this trend it’s likely to continue and become more visible. Articles about skills mattering more than degrees are becoming commonplace, and companies are working to address the mismatch between employers and employee skills.

In this article we’re looking at work and employment, and how these are changing. So how and why is work changing, and what are the implications of these changes? There’s a lot happening, but it is possible to identify trends in the future of work, the risks and opportunities that exist for young people and what this might mean for learning.

Let’s start with 3 Visions for the Future of Work from the World Economic Forum (WEF), based on research into automation of work processes and conversations with global thought leaders. The scenarios are:

Optimistic and aspirational, but it’s pleasing to see that it may be possible for human skills and opportunities to flourish in an age of automation.

Continuing with the WEF, next we are looking at what the next 20 years will mean for jobs, and how we can prepare for what’s coming. Again it’s optimistic, with the author arguing that there will likely be five significant changes to work over the coming two decades:

The article proposes solutions to these changes, with the first being a rethink of education. Recommendations include a refocusing and commitment to low cost education, and developing skills such as teamwork, adaptability and entrepreneurship.

The future of work may see more inequality and social tensions. This article based on a report from the OECD looks at the challenges that workforces in different economies face with either job loss through automation or significant changes to work. Overall, the following trends are highlighted:

The low-skilled and women appear to be most at risk, with the low-skilled more likely to be on temporary or low benefit contracts, or working in the gig economy – either scenario means low worker protection.

Ten years from now, up to 90% of workers may be in ‘hybrid’ jobs, performing work tasks once handled by two or more people. Employers at large are already looking for people who know how to ‘turn on a dime’ and solve any problem, and the irony of the knowledge economy devaluing knowledge is not lost in the article. Even institutions such as the US Navy are replacing skilled specialists with problem-solving generalists, thanks to advances in technology. These days, warships that required a crew of about 350 for their size are now manned by a crew of 40 to 50, with each crew member taking on ship-wide roles once handled by specialists.

Artificial Intelligence is huge, the gig economy is also huge, both are getting bigger and are likely to dominate workforce transformation over the coming decade. But have you heard of the AI Gig Economy? Behind every AI is a massive data set that’s been labelled and trained. Oftentimes, this repetitive work is done by subcontractors working for low wages and unpaid overtime until they have trained the AI to the point that their own jobs disappear. These ‘ghost’ workers are globally distributed, not in contact with each other, and have short-term contracts. Most are also well-educated and have Masters Degrees – it’s not just low-skilled workers at risk, it’s the highly educated in areas of high work growth as well.

For business leaders responsible for keeping companies profitable, these are real potential benefits, but what’s not being measured is the effect that automation is having on workers. The author argues that automation is now a corporate imperative designed to cut costs and increase efficiency, and that robots are not responsible for workplace disruption – management is – fuelling inequality and delivering value only to those at the top.

Automated warehouses are happening now, and fully automated operations are likely to be a decade away. At the moment, robots are too clumsy to fully replace human workers, but a lot of research is being done so that the robots have the dexterity and intelligence to perform tasks currently done by humans. From the article: “Amazon has 110 warehouses in the US, 45 sorting centers, and roughly 50 delivery stations, all of which employ more than 125,000 full-time warehouse workers. But only a fraction of the overall labor is performed by robots.”

But that doesn’t mean that these workers are not already being transitioned out. Robots are replacing human packers at Amazon, with one example being box packing machines that cost a million dollars each and replace 24 human workers. This amounts to more than 1300 jobs lost and costs recovered in less than 2 years, and here’s what it looks like in the warehouse. It’s not just Amazon, here’s what a warehouse that uses robots to pack groceries looks like, and it’s clear that this technology is heading in only one direction.

The result is of course that workers lose their jobs, and it’s not only because robots are taking them. At Amazon, workers’ productivity is constantly tracked, and an AI automatically generates warnings or even terminates those who are inefficient. It’s not low just low-skilled production work that this is happening to either – a Goldman Sachs equities trading desk that once employed 500 people is now down to 3.

It’s not all bad news of course – Amazon is spending $700 million dollars to retrain its workers in what appears to be the first large-scale experiment in which workers either need to adapt or get left behind. It’s good business for a company that is operating in a booming economy and tight labour market, and this initiative also offsets criticisms that Amazon is not investing in its people – for now.

The question of who pays for the re-skilling revolution is being frequently discussed, and although Amazon has made a good start, only about 25% of companies will probably be able to retrain their workers – 45% if they collaborate with each other. Governments will be able to facilitate some retraining through subsidised programmes, but up to 18% of workers may miss out on these opportunities. What happens to them?

When considering learning and our role as teachers, parents and school leaders, a couple of things have stood out when putting together this article:

Therefore, simply learning and developing a skill set and mindset to flourish in a new world of automation and work will not be enough. Wider preparation and an understanding of the playing field is necessary. Thought and careful preparation for work and retraining will be vital, and the risks of not being fully aware and prepared are many. In short, effective human beings who are able to function sensitively and effectively in any social, cultural and economic context.

This is where the model provided through learning at International College Hong Kong (ICHK) is in my view world-class and provides a pathway to success for our students. Most schools offer well-recognised academic programmes as their flagship learning experiences, and stop there. I’m not suggesting that these have no value, simply that they alone are not enough in providing the skills, competencies, knowledge and qualities needed to flourish in a rapidly changing and uncertain future. ICHK goes much, much further.

The learning model at ICHK starts with 5+1, which underpins learning innovation within the school. 5+1 is based on the work of five leading educational thinkers, and creates the conditions necessary for successful learning to occur in all its forms. 5+1 is real and alive in the school, forming a genuine basis for all interactions and building a sense of belonging within a community, an ability to communicate with diverse individuals and groups and readiness to learn.

Then come the programmes themselves. Free Learning allows students to make decisions for themselves, chart their own learning, build intrinsic motivation and make connections across disciplines, supported by a mentor. Deep Learning immerses students in new and exciting interests, during which they are challenged and enabled to build teamwork, leadership and problem solving abilities. In our Outdoor Education and Leadership programmes students are immersed in new challenges, take risks, demonstrate leadership and build new skill sets that can be authentically transferred into the real world.

Human Technologies (HT) is the centrepiece of how ICHK is working to change education for the better. All learning at ICHK is framed through an HT lens that develops the art and craft of being human: a person who is resourceful, resilient, open-minded, ethical, sustainable in habits and inclined to take the long view. All of the school’s programmes and approaches provide guidance, role modelling and opportunities to observe, practice and learn these essential qualities over time through an Epistemic Apprenticeship in being the best that one can be.

And the work is far from being done. The Mastery Transcript is now being adopted at ICHK, an alternative form of qualification that features no grades, is not ‘standardised’ and yet which can be processed by the best university admission officers within two minutes. The Mastery Transcript values young people for all their attributes, capabilities, passions and interests and not just for their mooted ‘academic ability’ – excellent preparation for the changing future of work. The genesis of this qualification marks a significant point in the development of ICHK, as we openly and honestly search for better ways to help young people learn and attain their ambitions and aspirations.

It is the culmination of an approach that we have been developing and refining for a number of years, through all our innovations to timetable, curriculum and pedagogy.

Through these innovations, and our approaches to learning, ICHK is proud to be developing impactful solutions to some of the most pressing challenges educators face, and pushing the boundaries and expectations with regards to what education could and should offer young people.