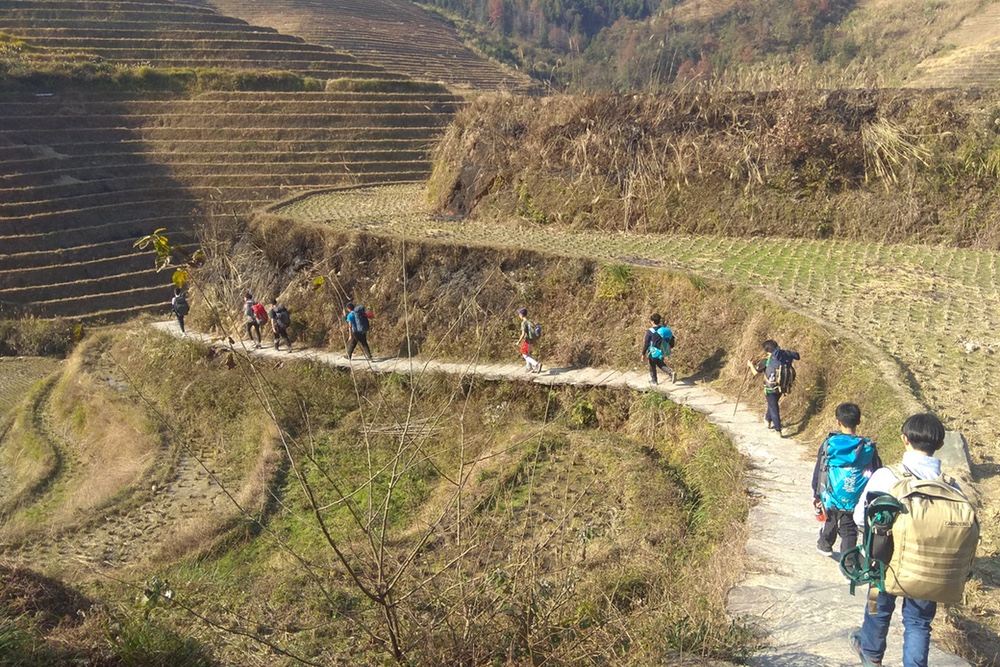 Dave Addis is an Experiential Educator at ICHK

So, what happens when a group of nine Yr8 and 9 boys are given the task of leading themselves around southern China?

During December’s Deep Learning, a team of boys were given a 5-day itinerary to follow taking them from Hong Kong, up to the Longji Rice Terraces and finally to the limestone karsts of Yangshuo. While some things were booked, many things like transport, food and activities were down to them to organise (or not). With this increased ownership, students’ decisions had real consequences on their trip; both positively which they could revel in, and negatively, which they had to learn from and resolve.

As one of their responsibilities, the team handled a budget of thousands of Renminbi which needed to be looked after and their expenses accounted for. The team quickly took ownership of this and on Day 2 morning, despite the uneasy glances of the hostel owner who was surrounded by boys quickly passing cash around, we stood back and watched them devise a perplexing method of counting out the cash to pay for the accommodation, meals and transport for all 12 of us. It took a while and often we wanted to step in and save them (and the bewildered owner), but they got there in the end and even added a tip to thank the owner for his patience.

The above scene was just one of many messy, chaotic, not-quite-sure-what’s-going-on kind of scenes. I would be lying if I said the boys became a beautifully, efficient team by the end, but gradually these scenes became less often as the group began to function better together. It’s rarely a pretty or comfortable process, but it is a necessary step and the unique, personalised experiences help this learning stick.

The trip was always designed to push them: at times whether physically, mentally, socially or emotionally. And while the focus was often on the team’s development, development is really a personal experience. Different students showed their growth in different ways; some by persevering on the trek or by breaking character and giving support to those that needed it; some by overcoming fears and zip-lining or by excelling at a new sport; others showed sparks of management and leadership character that we and they had not realised before.

So, what does happen? You have  arguments, missed breakfasts and new (confusing) methods of counting money. But you also get well-researched plans for traversing Shenzhen, you get teenage boys showing empathy, and you get those that wake themselves up to see if the sunrise in Guilin really was as pretty as they had heard.