The Desolation of Mankind 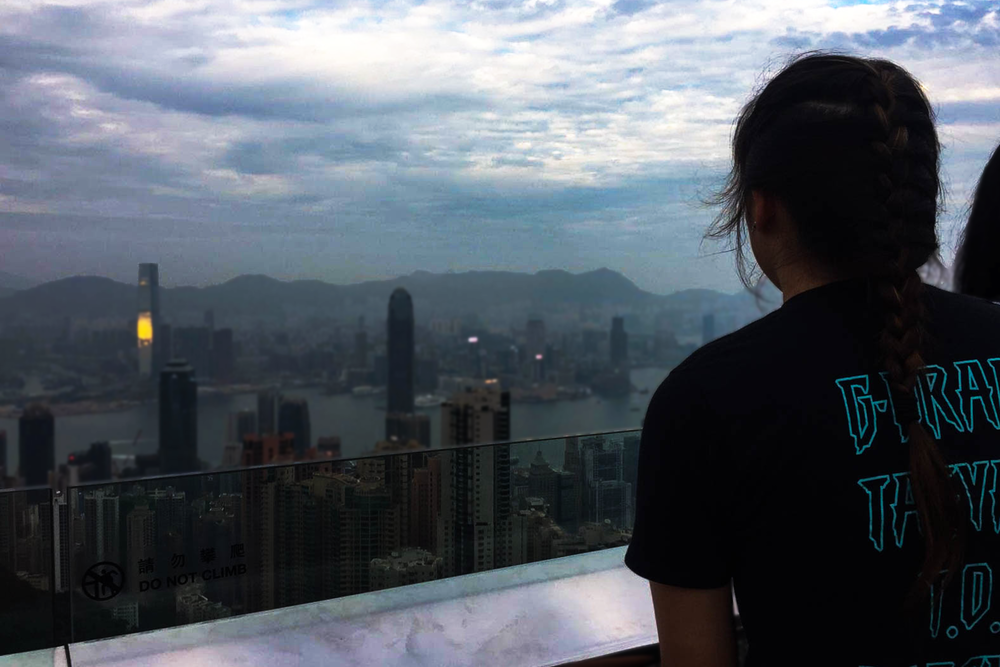 Serena Cheung is a Year 10 student

The night sky was covered with murky clouds, devouring the moon. A long-drawn, wailing scream pierced the calmness of the night. The people of a small town named Canaan stepped out of their homes. Everywhere they emerged from the same dull houses; the same dull greyish rooftops capping the same dull brickwork. Outside stood withered trees, leaves turned a dark shade of brown, shadowing the people’s thoughts. All public transport was suspended, very few being willing to risk driving along the damaged roads—and the barren streets emphasised the empty void in the hearts of the townspeople. Lifelessly, they trudged out onto the cracked pavements, assembling silently; a final chance to congregate. They stared upwards, as if to look for any sign of hope.

But there were no signs. There was nothing.

Some wandered on mindlessly, reaching the devastated city hall where Jones, the self-appointed ‘President’, was making yet another zealous speech. Though the speech was always the same, people seemed to be listening raptly. Jones had delivered this familiar lecture at six o’clock sharp every night for weeks. He was a slightly-built man, his untidy beard framed by long strings of sparse grey-white hair. His snake-like eyes were tools that assisted his manipulations, making him even more powerful––just as it always seemed there was a dark, compelling secret hanging behind his bloodless lips. He knew how to make people listen.

The series of strange tremors the town had been experiencing were, Jones claimed, just the beginning; the mere precursor to an unimaginably vast approaching meteor that would destroy everything unless they followed his beliefs. The fear he had sown had reached a fever pitch, then given way to a kind of blank mass resignation. Age-old social orders had fractured, then completely disintegrated, almost overnight— just as the actual structure of the town itself was giving in to the ceaseless tectonic activity. Roads cracked, pavements ruptured; some of Canaan’s oldest buildings toppled over in clouds of dust and chaos. In every direction was irreparable damage.

City Hall had once been the foundation stone of Canaan, attracting visitors from all over. Its grand architectural structure had been filled with astonishing details. Rare marble stonework of a soft, slightly tinted grey color, giving the whole edifice a calm presence. Since the convulsions that had struck the town though, it was a shadow—its destruction had sealed the fate of the town. Little remained now of its former splendour. One of the gigantic pillars that had held up the main hall was felled, the grand stage crushed beneath it, creating a vast depthless crack in the foundations. Jones’ craggy, lined face seemed to underscore the ugliness around him. The only signs of care that remained were a few strewn dead flowers and plants, long since abandoned.

“The world is safe as long as I’m here to protect all of you! Just do as I say and you won’t die in agony.” Jones descended from his makeshift podium, seeking out what was left of the population. His spit sprayed outwards in miniature tsunamis of desperation, but no-one recoiled. He raised a scrawny fist high and screamed his mantra over and over, his hysteria overlaid on the troubles of the town like a film of toxic dust. Most people simply gazed at Jones blankly as if they were staring right through him. Of course he was just as terrified as everyone else, yet he still believed he could act tough and somehow single-handedly save the world. Finally the crowd had drunk their fill of his deranged sermon, slowly dispersing as he followed behind them, yelping, like a lost dog.

As his desperate whines slowly faded into the night, the loneliness that most now felt seemed spine-chillingly present. The moon was still hidden; a gloomy, despairing mist filled the air. Darkness surrounded the thoughts of those remaining, as if hope had finally evaporated. At that moment a slight, cool winter breeze brushed past, kissing people’s cheeks. For a moment serenity reigned for the first time in forever; no earthquakes, no floods or fireballs, nothing. It was quiet.

Then, chaos struck. Not a doomsday fireball from above, as Jones had always threatened, but from deep beneath the earth’s crust. The earthquake, bubbling below for weeks, had finally arrived. Homes collapsed in a split second; parked cars disappeared, crashing head-first down into sudden sinkholes; dreadful screams were inaudible above the grating, roaring sound of the ground ripping apart. The force was too strong and unstable to handle, the town breaking apart at meteoric speed as the tremendous quake traveled to every corner. Mass chaos struck like a thunderbolt. Some went on their knees to pray while others were shocked into motionlessness. Those who lost their lives, their tragic, horrified expressions and panicked gaze petrified in death as they were crushed or buried, were eclipsed by the desperate sounds of the living, proclaiming the scale of the tragedy, their cries haunting the night.

As the mass panic slowly gave in to collective grief, the remaining townspeople searched for any sign of survivors in the ruins of their community. Finally, on the the far side of the town, from beneath an immense chunk of rubble, a whimper was heard. The hurriedly improvised rescue team rushed to assist as a hand, trembling in pain and fear, became visible between the twisted metal and concrete. Using the last surge of energy they had in their bodies to push the boulder aside, they revealed a badly injured man. His features seemed familiar, but the dust of the fallen buildings and the bright blood from his injuries obscured his face. He was wearing the same old, moth-eaten robe over a pair of holed, grubby jeans. As the man gasped with shock, his face was splashed with a little water. Then Jones finally spoke: “A miracle. I am truly destined to rebuild our world. Who’s with me?”