My Perspective: Meeting Gary Liu — The CEO of the SCMP

Home / Student Insights / My Perspective: Meeting Gary Liu — The CEO of the SCMP 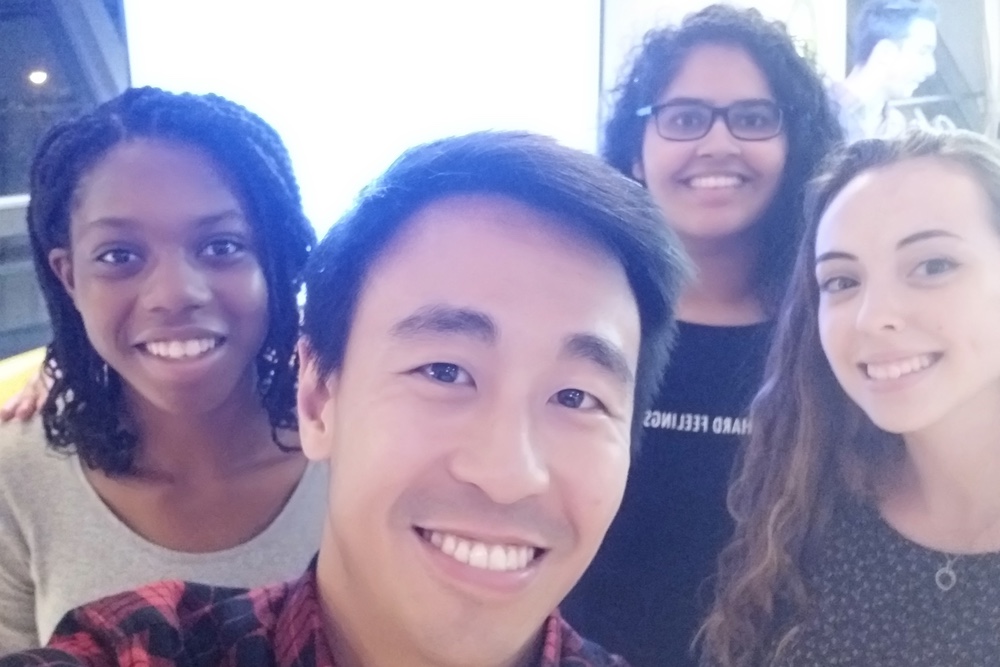 Moria Onuselogu is a Year 12 student

I was intrigued when I first saw the post on Gibbon. In front of me was the opportunity to meet the Gary Liu, the CEO of the South China Morning Post. The date, was close to my exams and I started to wonder if it was really worth the go. First of all, meeting the CEO of the SCMP was a once in a lifetime opportunity, but at the same time coming home late would ruin my study schedule. I decided to sleep on it, and when I woke up the next morning, I was sure I was going. I quickly signed up, and all I had to do now, was wait.

The day finally came and I waited for Gary to start us off, but as I waited, my mind filled with the possible things he might say. From what was advertised, I imagined Gary talking about the changing news market, post-truth and possibly a sprinkle of Trump, but I was pulled out of my thoughts as he walked on the stage. The interviewer immediately asked him to give a small introduction about himself and it turns out that Gary was a Harvard graduate. He studied Economics at Harvard because “[his] parents were Asian,” worked at Google, Spotify, then he started up his own company Digg. In the last couple of months he became the CEO of the SCMP. Right off the bat, I knew that I was facing a pretty accomplished person, so I listened intently.

As I listened, I was shocked to hear that Gary outrightly said that he felt like his Economics degree  had nothing to do with what he does now. He exclaimed that a lot of his success was by chance and how it was only because he knew how to use Excel that he was given the opportunity to work at Google. From that he was exposed into the business world. It was also very interesting to hear that he felt like the Tech industry didn’t dismiss those who didn’t go to business school. When I first heard this I was shocked, it didn’t seem true, but at the same time it made sense—there were a lot of successful people that haven’t stepped foot in a business school. The second thing I thought was: wow, there are so many students that think business school made them more than adequate for business positions, but actually it was a dime in a dozen of other qualifications in the eyes of Tech giants.

Although Gary said a lot of important things about the business world, what he said about leadership and further education really had an effect on me. I knew that as soon as the interviewer asked him what skills an aspiring entrepreneur should have, that I was going to get an interesting answer. I personally love hearing people speak about their lives and what they’ve learnt from them because the wisdom they have gained from experiences cannot be learnt from any textbook. That kind of knowledge can only be attained through life’s hardships or just passing through life itself. Now given the opportunity to hear what a CEO would say about entrepreneurship skills was exciting, but as soon as the interviewer finished asking the question, Gary felt that a better question was: “What are the characteristics an aspiring entrepreneur should have?”

Gary first explained how important curiosity was. He explained that curiosity was essential because you have to look for a different angle and find a better way to do things. If you don’t you’ll just make what someone else has already made. I thought the next thing he was going to say was how crucial it was to be courageous or outgoing, but instead he spoke of how crucial it is to have humility. When I first heard this, I was shocked. I knew that having humility was a common aspiration, but I never really thought of it being one of the main aspects a leader should have. I listened intently as Gary explained how a humble person would get back up when an obstacle comes their way, but an arrogant person would quit when something ego shattering happens because they don’t know how to handle it. Gary continued to speak about how a leader should also choose to work with people better than themselves. He explained it using an analogy: “In a company, you choose people that are better than you. So you can grow a stronger company. If you let your ego get in the way, and your company will be filled with people not as motivated and hardworking as you, that company is destined to fail.”

What first hit me was, the change in the question. It seemed like Gary implied that aspiring entrepreneurs would already have these characteristics, but I feel those or any characteristics at all can be learnt – it might take time, but it can be learnt. Along with that, I also realised the importance of letting those better than you teach you, and not necessarily being the smartest person in the room. In my mind, it connected to the ways my teachers would teach me, the programs the school had —all of which support self betterment. I’ve been exposed to atmospheres that encouraged students by making sure that they were better, smarter, quicker than the next person. Although these methods can achieve high academic results, the foundation the motive is built in isn’t healthy and can’t sustain the will to work hard as life goes on. To me, Gary, reinforcing humility, curiosity and the thirst to learn from others, is all branched from self improvement.

Already overwhelmed with my new found knowledge, Gary enlightened the audience with a personal experience. When he was fresh out of college working at Google, his boss told him that his job was to make to sure that if he was hit by a bus, no one would know he was gone. Gary was mind blown when he first heard this and it still has an effect on him today. When I heard this, I was shocked as well. I thought a leader was supposed to lead a team not make sure they can lead themselves. Like other times that night, I was wrong, but I loved how I was learning from my mistakes.

As I was still baffled, the time had come for the audience to ask questions. One person shot up their hand and asked if Harvard was actually helped Gary get to where he was. I thought it was great that he said that the name of your school doesn’t matter – that the most important thing was that you have to go to a school that teaches you how to learn.

Now Gary made sure he pointed out that IVY league schools allow people to establish great connections, but aiming to go to a particular school where you have to sacrifice the chances of you learning how to learn isn’t worth it. He explained that you should aim to go to a university that allows you to learn how to learn, and one that allows you to learn from other people. Gary felt like Harvard was a university that did that for him. He spoke about how he was able to be around the smartest people in the world. To give the audience an idea of who he went to school with, Gary spoke of the people he met when he came back for his 10 year reunion. He faced the founders of Facebook, the CEO of Blue Apron and the makers of Airbnb and he smiled brightly when he said how grateful he was to learn from them.

Almost immediately, someone asked what a person could do if they couldn’t go to an IVY league school and Gary simply replied that if faced with that situation, you have to find your own opportunities. He explained how every school had those humble leaders, and how important it was to learn from them. Then Gary reiterated the importance of learning how to learn and going to a school that does that.

All the things Gary said about learning how to learn and finding humble leaders sounded very similar to how ICHK’s atmosphere, teachers and programs inspire people to become humble and learn how to thirst for knowledge. In addition to that, I felt like now I also had to look for universities that inspired me to learn as well. So many positive thoughts rushed through my head, and I felt inspired to look towards attaining those characteristics Gary described, because I personally feel that entrepreneur or not, those attributes should be what everyone should aspire to have.

I walked out of that room a lot more hopeful about what I wanted to attain and be in my future than when I arrived. I’m so glad I decided to go.