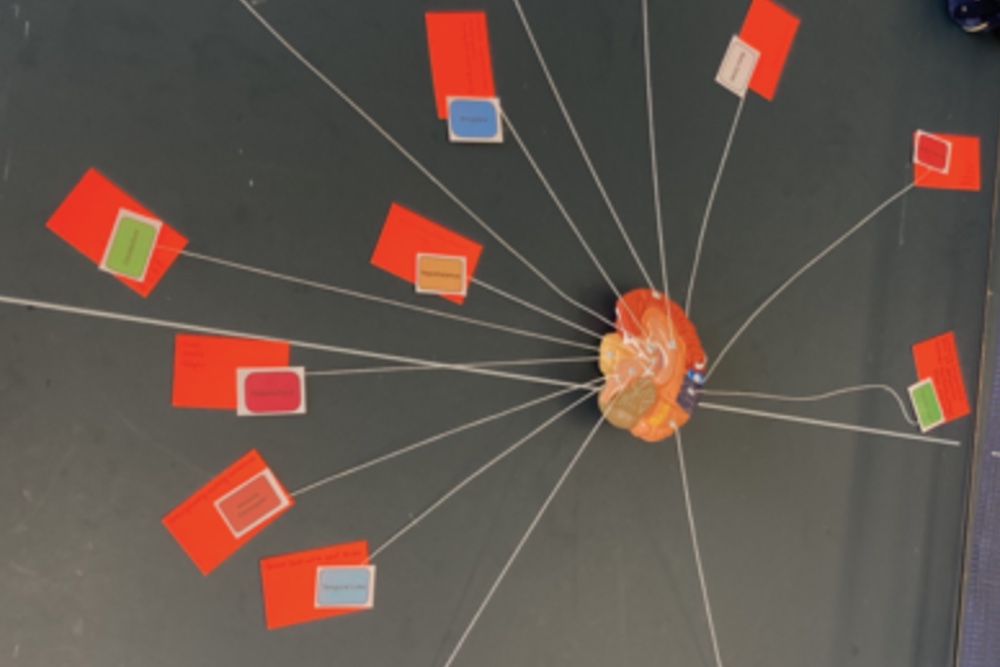 Phil Morgan is Director of Creativity: Innovation and Teacher of Human Technologies at ICHK

“I used to think the brain was the most fascinating part of the human body, then I realised…Hey! Look what’s telling me that”!

Here’s a question: Would you be a passenger in an automatic, driverless car?

If you have any reservations about the safety of riding in such a vehicle, it’s worth considering how we humans spend much of our lives running on ‘automatic’, with very limited awareness of how we are doing just about everything.

From an evolutionary perspective, this automaticity confers many advantages. Valuable cognitive energy is saved when tasks become routine. We can think about other things while the auto-pilot brain gets on with the mundane and repetitious.

Any musician will tell you that after extensive practice and the ‘hardwiring’ of muscle memory, they can accomplish thousands of highly precise movements in a predetermined sequence almost without conscious awareness.

A pianist who has to consciously premeditate every action required to play ‘Moonlight Sonata’ is a pianist who sounds like a novice en route to competence, and eventual expertise.

This is something to think about the next time you are driving your car, while thinking about something else, which is how most of us do it most of the time. You’ll be familiar with the sensation of arriving somewhere and not really remembering the journey.

Perhaps you’re already in a form of automatic car, and living a partially automatic life.

The current Year 9 Unit ‘Technologies for Growth’ is now focussing on the brain, the mind and the murky, enigmatic territory of the unconscious with a particular focus on intuition and the function(s) of dreams, but before attempting to explore the mind it is worth having a look at the brain, its parts and their function.

The adult brain is a 1.4kg mass of nerve tissue made up 86 billion cells called neurons and billions of nerve fibers, which, together with the spinal cord forms the central nervous system. Apart from the cosmos itself, it’s the most complex thing there is. The challenge is how to engage students with such horrendous complexity and start them thinking metacognitively, that is to say, thinking about thinking.

This week saw the first outing of a new HT game called ‘Brainstorm’, designed to teach the parts of the brain, their basic functions and call attention to the functions that the players used throughout the hour-long game.

The game is a ‘three-room research relay’ which requires two teams to create sub-teams of researchers, conveyors of information, and model-assemblers.

The researchers are given cards with the names of the major parts of the brain and are charged with the task of explaining those parts to the ‘conveyors’ verbally. The ‘conveyors’ move to a different room and create cue-cards based on the research, after which they move to the third room and explain their card to the ‘assemblers’. The assemblers use the material technologies of string, card and blu-tack to create a physical ‘brainstorm’ around a plastic models of the left and right hemispheres, which looks something like the image below.

As with all gamified learning, the significance of the activity is only fully explored in the final debrief stage where students are invited to reflect on the brain functions that were required to engage in and complete the task. Students also begin to notice that important functions, such as memory and emotion are distributed across different regions of the brain, paving the way for future discussions about neuroplasticity.

Once we have this rudimentary grounding in the physical brain, we’re ready to think about mental phenomena such as thought, memory, intuition and dreams.