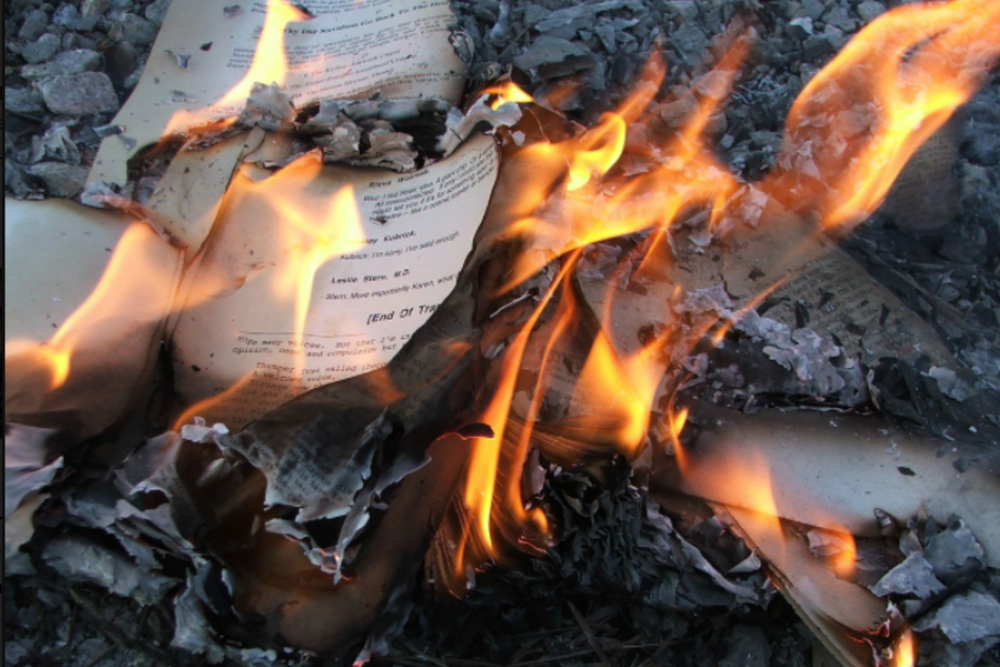 Jon Rees is a Teacher of English at ICHK

It’s strange to think that the book you hold in your hand could be deemed so explosive that both the writer and the reader could be thrown into jail for its possession. Some of the most famous books we read today, those that are revered as “classics”, so shocked the societies in which they were produced that they were banned.

This includes the current GCSE/IB DP text, A Doll’s House, by Henrick Ibsen. The protagonist, Nora, is one of theatre’s great female heroes; but her actions of leaving her family and children in a bid for personal freedom were deemed deplorable and corruptible by the traditional, moralising mindset of the Victoria-era.

On last week’s Year 7 CAS camp in Lantau, I read Madame Bovary, by Gustav Flaubert. It is widely considered to be one of the greatest novels ever written, owing to Flaubert’s incredible attention to crafting each sentence, and finding the mot juste (perfect word) to capture the events and sensations his characters undergo. Yet, Madame Bovary’s adulterous behaviour- and the attacks made upon class structure and religion – were deemed scandalous by French society and it was initially banned in 1856. Yet, Flaubert was able to argue that he was simply documenting society as it was- with all its foibles and the hypocrisies governing the different standards of “acceptable behaviour” applied to males and females within society. Of course, the notoriety his text had gathered by that stage only helped sell more copies when the decision was overturned and it was finally released the following year!

The most powerful banned book I have read is Aleksandr Solzhenitsyn’s, One Day in the Life of Ivan Denisovich. It is only just over 100 pages long, a factor necessitated by the conditions of its production. Solzhenitsyn wrote this fictionalised account of one man enduring 24 hours in the freezing conditions of a Siberian gulag (prison camp), based on his own experiences as a prisoner. He was sentenced to exile in Siberia for eight years as he was an outspoken critic of the Soviet Union. One Day in the Life… is a harrowing account of an individual’s struggle for survival and dignity while being crushed by the dark powers of a totalitarian system.

Writing is an act of rebellion and an act of liberation. Solzhenitsyn states that for prisoners, “writing letters now was like throwing stones into a bottomless pool. They sank without a trace.” Any attempt at expressing your own opinions were subject to additional punishments such as beatings, reduced rations, solitary confinement. Yet, Solzhenitsyn was determined to write this account as he so desired the world to know of his, and others’, plights. His first draft was discovered by guards and used as evidence to increase his sentence. However, as this was an account of real, lived experience, and he had committed the text to memory, Solzhenitsyn was able to re-write the text in full and publish upon his release.

The right to think for ourselves, express our opinions and listen to the words of others is integral to a fulfilling life. The right to free speech was deemed so important to the foundation of the United States, as a nation distinct and separate from the Old World European monarchies, that they enshrined it as the First Amendment of the Constitution.

“The First Amendment guarantees freedoms concerning religion, expression, assembly, and the right to petition.  It forbids Congress from both promoting one religion over others and also restricting an individual’s religious practices.  It guarantees freedom of expression by prohibiting Congress from restricting the press or the rights of individuals to speak freely.  It also guarantees the right of citizens to assemble peaceably and to petition their government.”

If you have not yet began your reading challenge for November perhaps you would like to celebrate your freedom and the individuality of your spirit, by starting with a banned book! Here’s a few links to get you going: